"Register" is up at RIVERS INSTITUTE now: click on image to link and listen...

alive to the shared work of meaning-making and attentive to the unseen and unsaid. "Mullen's shapes shift, disappear like the living but remain like lives...turn into new solids, solidarities of moving, hard-edged lyric social work...against loneliness…" (Fred Moten) "Mullen sets up a site of fluid exchange between text and reader, an inter-subjective process that inflects affective communication with a subversive sense of contingency..." (Amy Moorman Robbins) Mullen's recent work has appeared in Court Green, the Bennington Review, and 1111, and her poetry has been anthologized in collections from Norton, Wesleyan, and elsewhere. Her first book, The Surface, was a National Poetry Series selection, and her subsequent poetry collections and hybrid-genre works have been published by the University of California Press, Future Poem, and Otis / Seismicity among other presses: her eighth collection, Complicated Grief, was published by Solid Objects in 2015. A CD of Jason Eckardt's setting of her poem "The Distance (This)" is available from Mode records. A MacDowell and Karolyi Foundation Fellow, a featured poet at the International Poetry Festival in Taipei, a Rona Jaffe Award recipient and a National Endowment for the Arts Fellow, Mullen holds degrees from the University of Iowa and U.C. Berkeley. Her collaboration with composer Nathan Davis—"a Sound uttered, a Silence crossed"—had its premiere in La Jolla, and has been performed at Notre Dame and Williams College. A collaboration (Verge) with the artist John David O'Brien is available, and her translation of Veronique Pittolo's Hero was published by Black Square Editions in 2019.

Interview with Marthe Reed for Jacket2 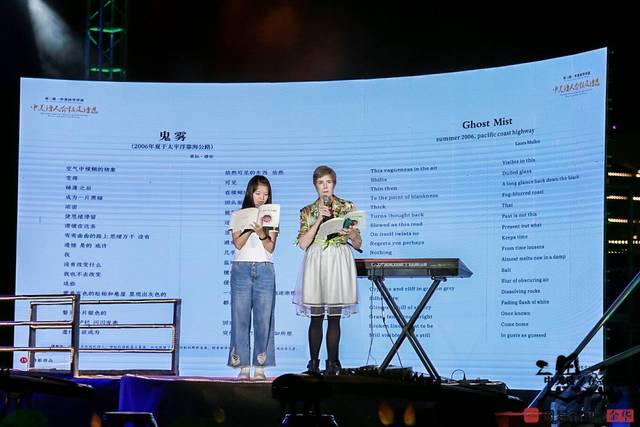 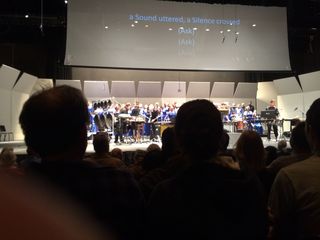 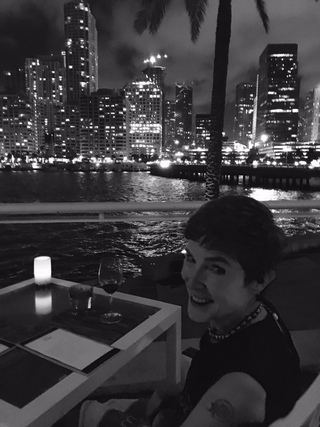 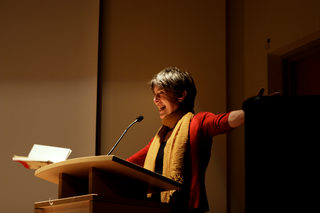 With Claire Chase & Suzanne Farrin at New College, thanks to the Hermitage: VIDEO link!
BAX
Interview w/ the author...