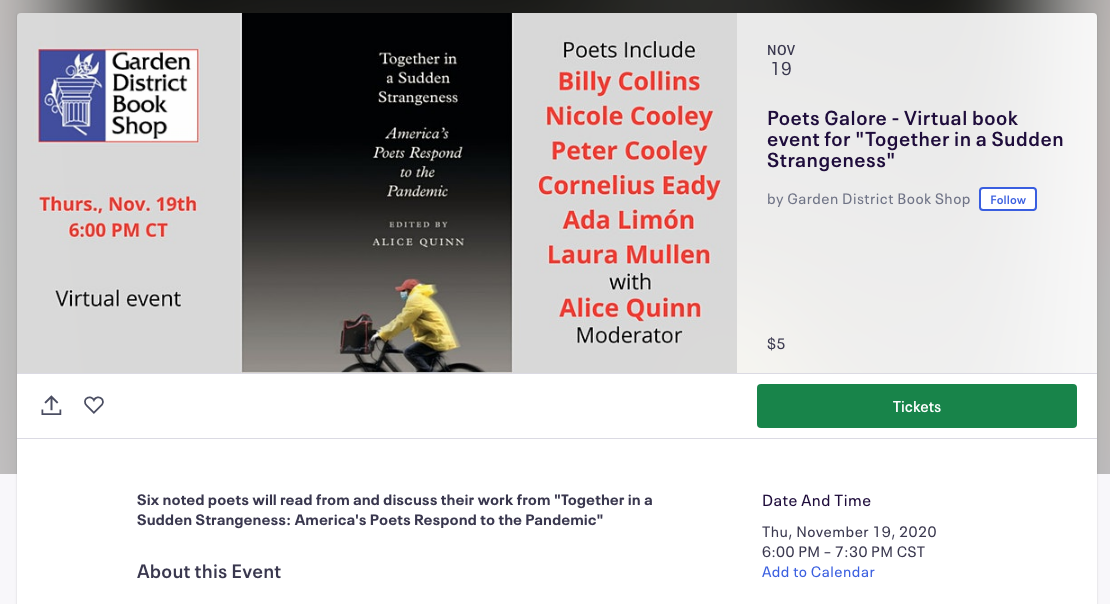 Together in a Sudden Strangeness 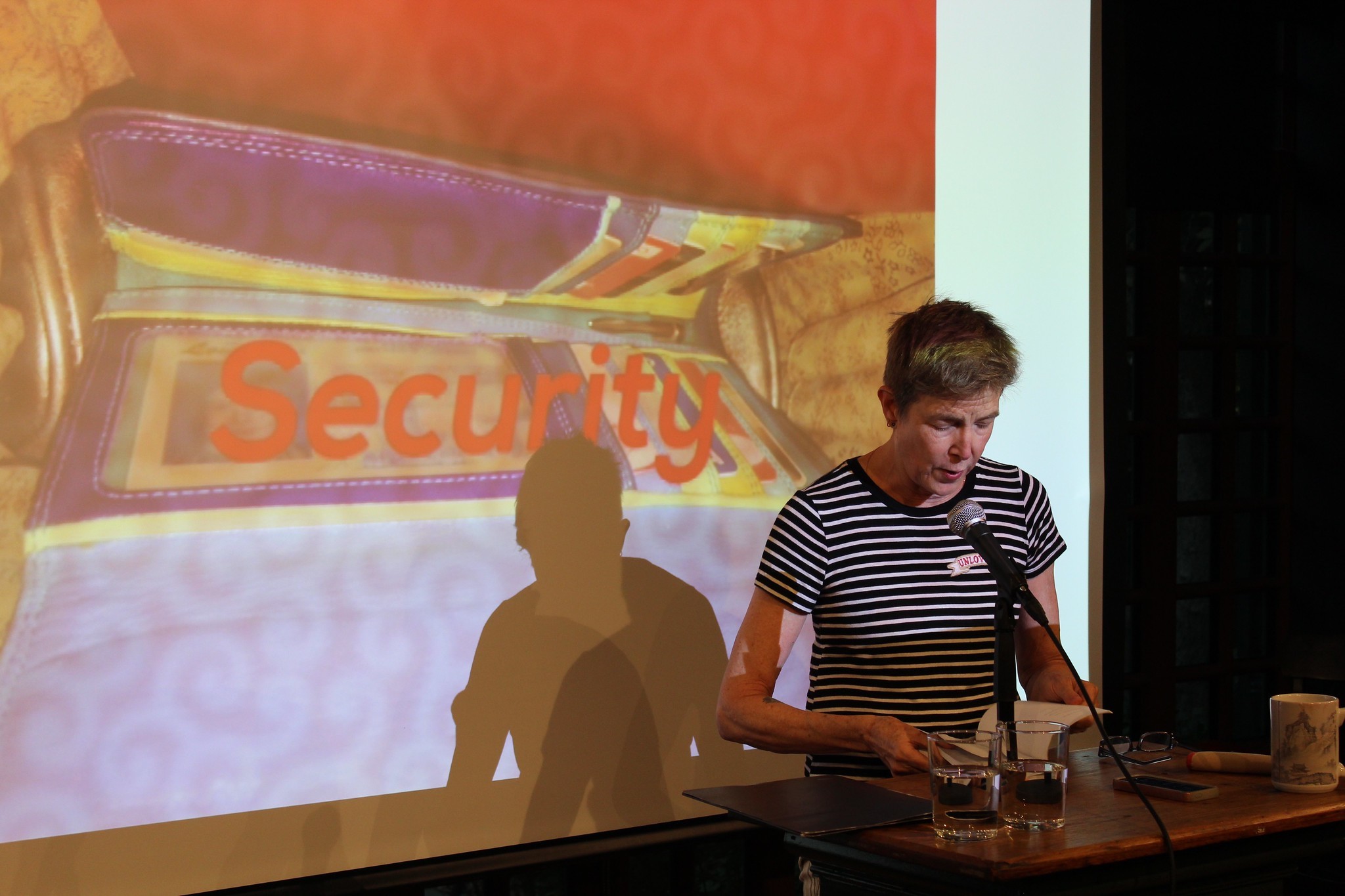 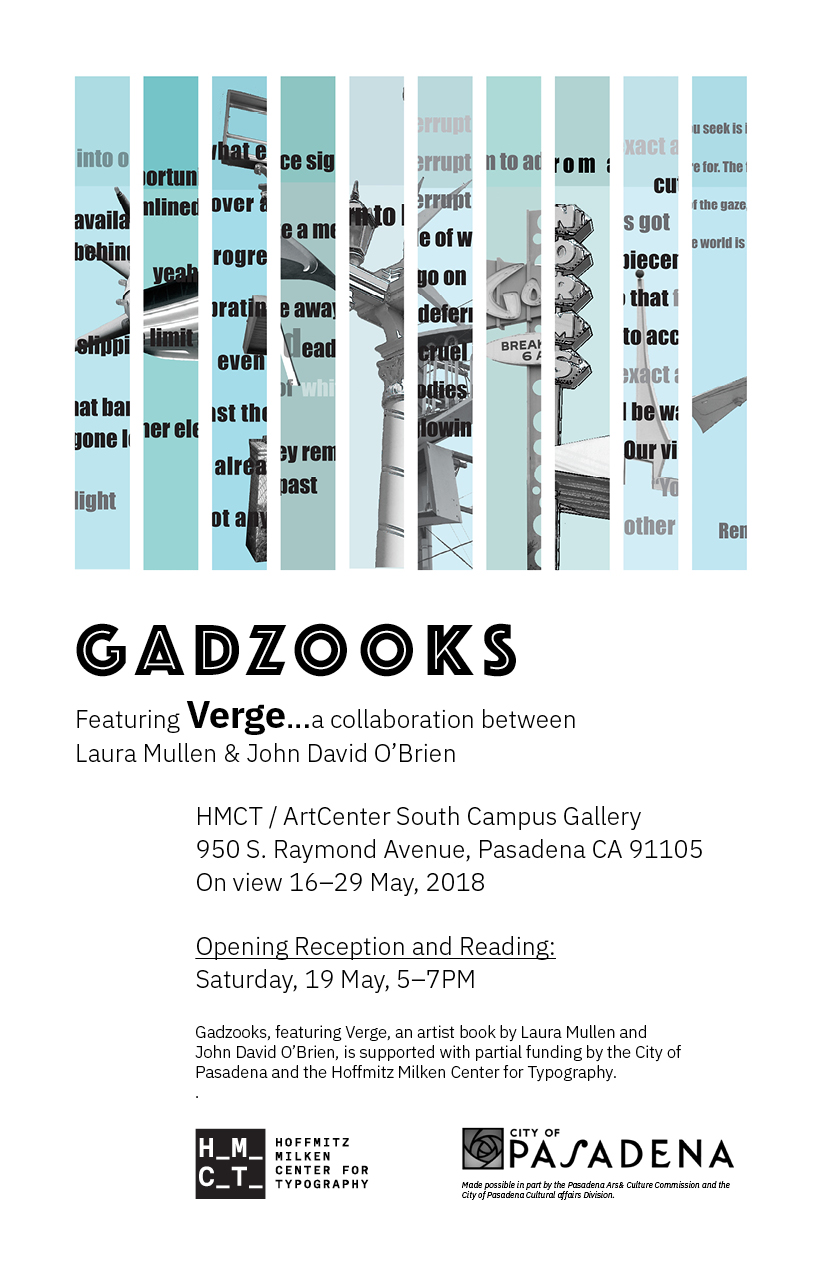 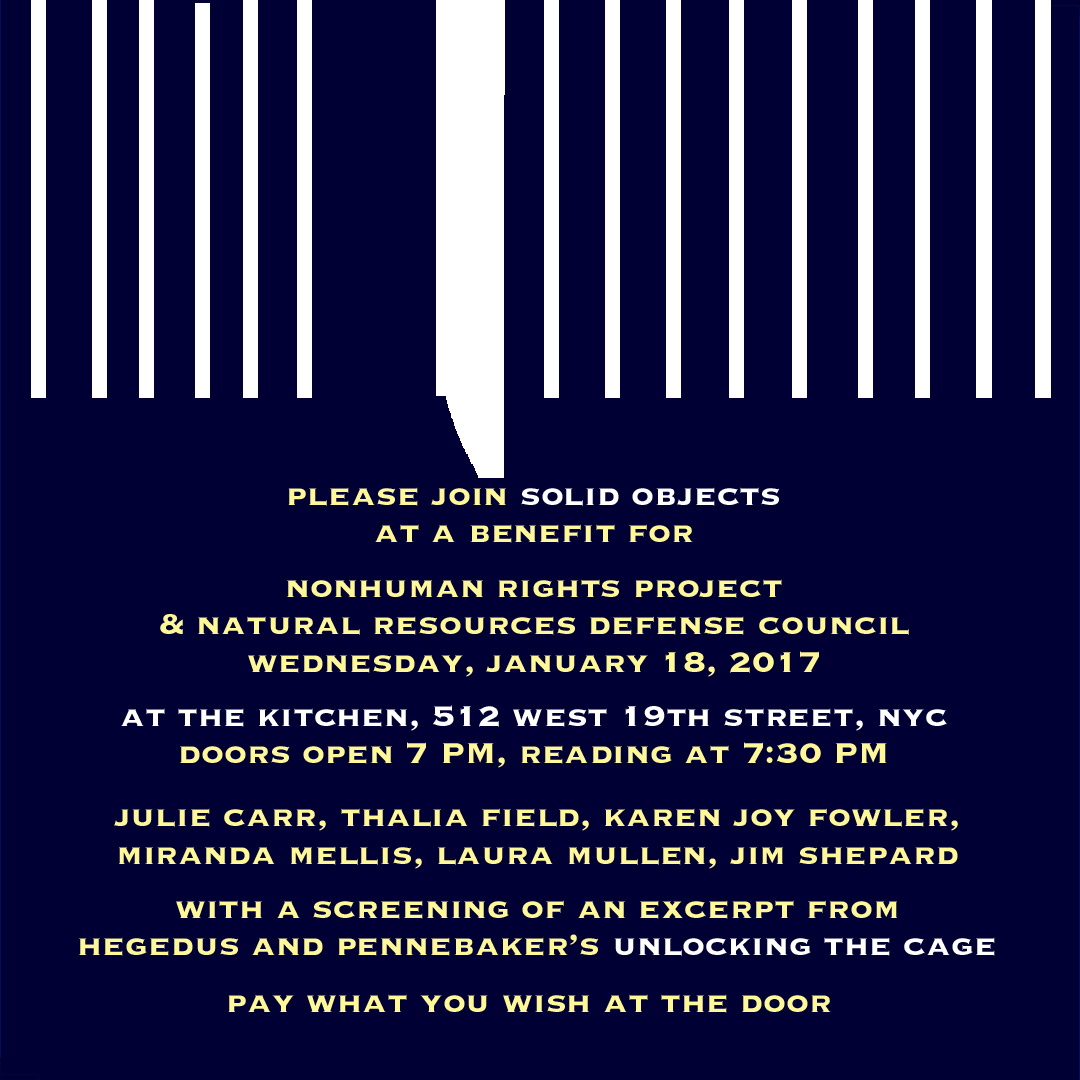 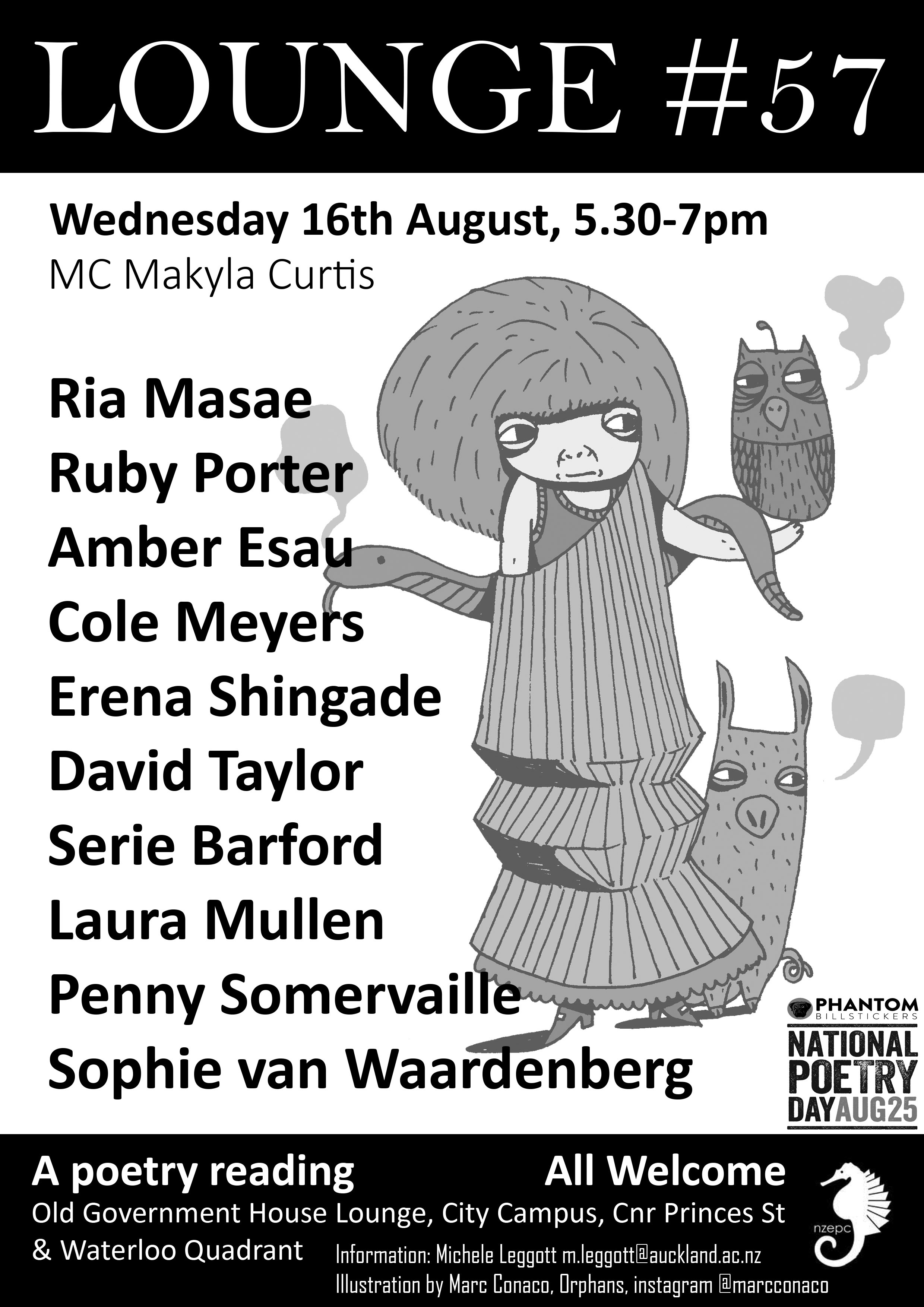 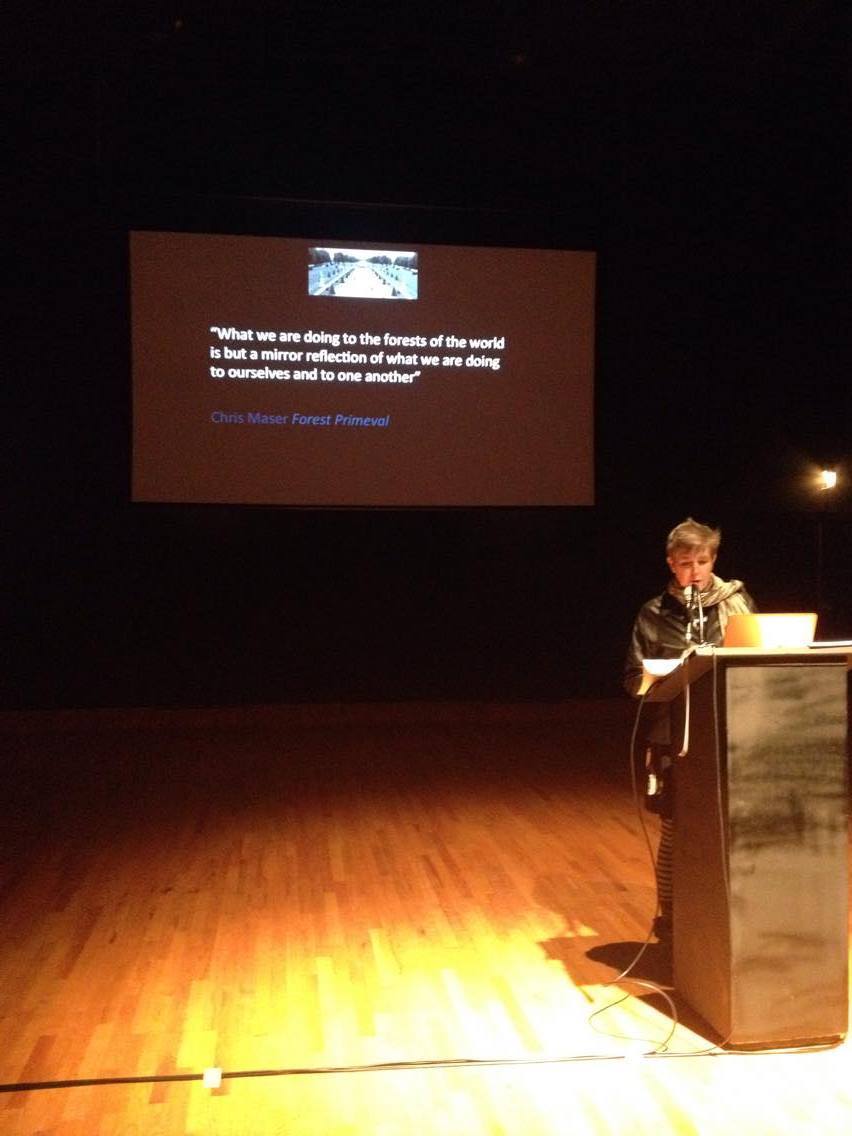 The New York instalment of 'Notes from a Biscuit Tin' featured philosopher Jenny Judge, poet Laura Mullen and flutist and MacArthur fellow Claire Chase, in an evening-long exploration of the various ways in which philosophers, artist and musicians respectively set about making sense of the world. A conversation between Judge and Mullen on the theme of Art in Mary Midgley's work is interwoven with Chase's performances of improvisatory works by pioneering experimental and electronic composer Pauline Oliveros. 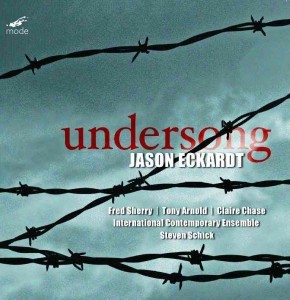 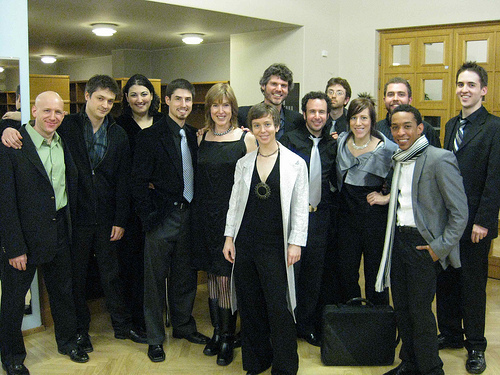 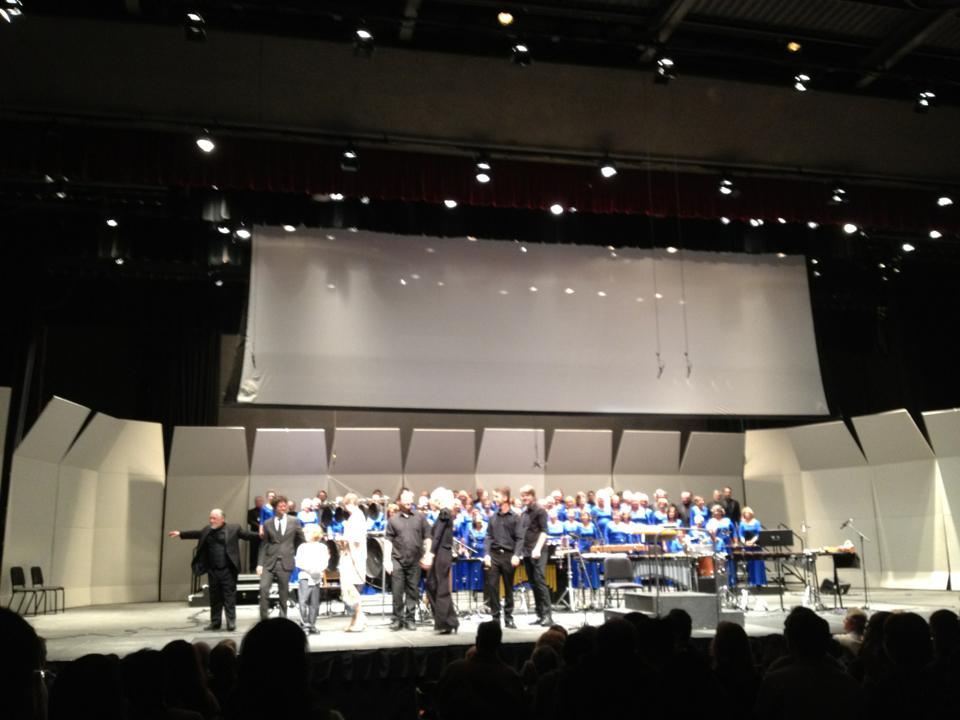 a Sound uttered, a Silence crossed

flashes through the arc of our desire to communicate and connect. Cast in six continuous movements, the work enacts the transitions in our relationship to language over the course of a lifetime: from our first awareness of sounds (subSong), to the promise offered by the mastery of skills needed in order to reach out to others (Dawn), and on to the joy in connection. As the chorus builds meaning from phonemes, a large battery of percussion buttresses and provides context, engaging the materials of our means of communication as instruments (Letters). a Sound uttered, a Silence crossed ends with multiple confrontations with the limits of language at the boundaries of understanding and life itself (Babel). Here questions about the entanglement of sound and sense are translated or exposed as questions about body and spirit (Dusk). The libretto is drawn from writings by chorus members and others, as well as letters, instructional manuals, and lyrics created for this occasion. The audience is invited to participate in the process of connection with their cellphones, prompted by supertitles, in a space haunted by previous attempts to reach out to those we’ve loved (openSong). 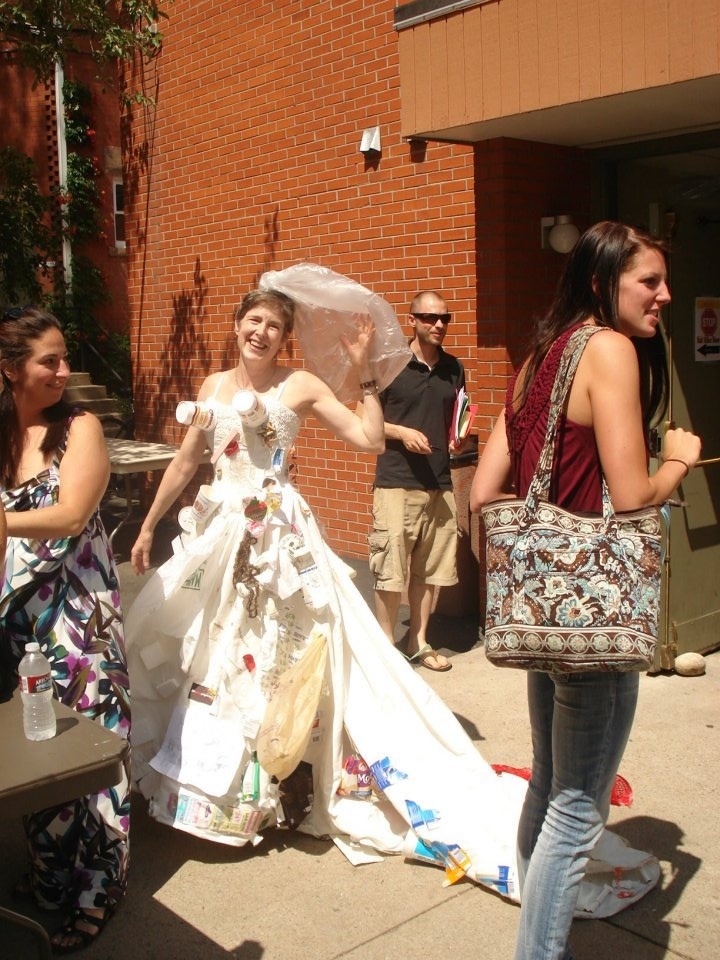 Molly Lazer on "Bride of the Bayou" 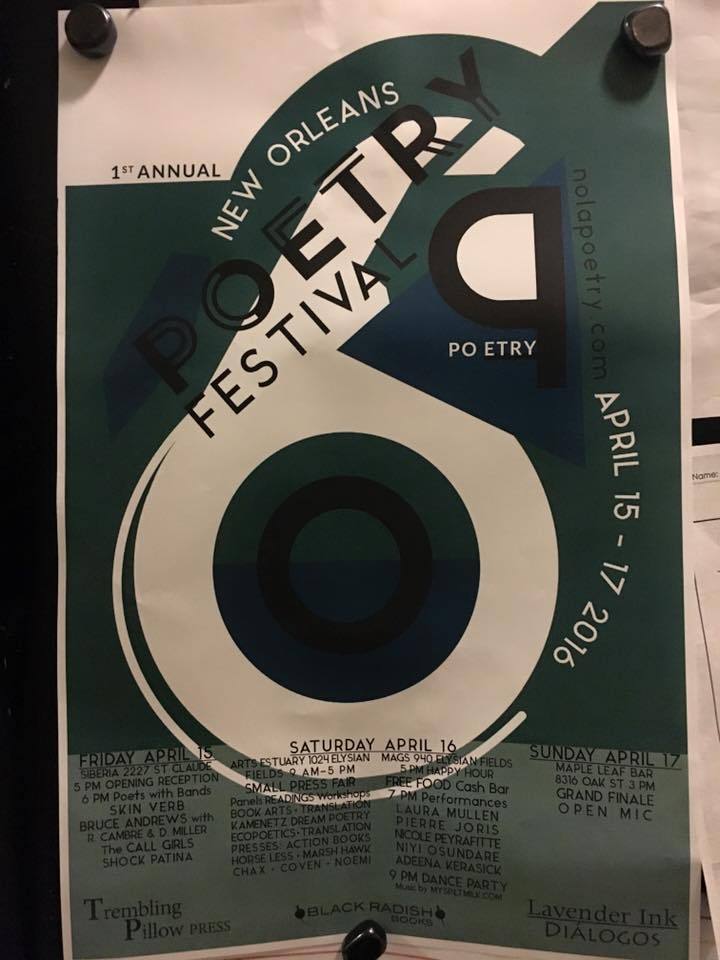 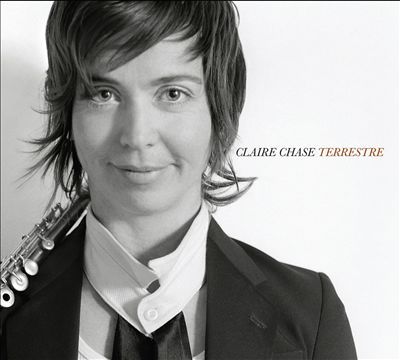 Laura, now a tropical storm, is continuing to move north far away from any land and will likely become a fierce north Atlantic extratropical storm over the next several days.

Originally classified as a subtropical, or "hybrid," system when it formed Monday, the system has shown much more pronounced tropical characteristics this morning, even though it is moving over much cooler waters than 24 hours. The continued movement northward over even colder water will speed up its transition from tropical to non-tropical over the next 12 to 24 hours.

Laura formed in a highly unusual place. While recent sea-surface analysis indicates that water temperatures are warm enough to maintain this system, it is unusually far north. As a point of reference, the system formed due east of Washington, D.C., at a latitude which water temperature typically fail to reach the 80-degree threshold needed by tropical storms.

Tropical Storm Laura is moving north at 13 mph. A turn to the north-northeast along with an increase in forward speed is expected over the next couple of days.

Maximum sustained winds are near 60 mph and gradual weakening of the storm is likely in the next few days.

The estimated minimum central pressure is 996 mb or 29.41 inches of mercury. Laura is not forecast to impact any land areas, and will lose its tropical characteristics as it moves into the cooler north Atlantic waters on Wednesday. It could cause problems over the British Isle by the weekend, as a gale-force non-tropical storm.

In addition, a weak surface low pressure center in the eastern Gulf of Mexico is being watched as well. The activity is expected to spread over Florida through midweek. Right now, this area has very low potential to develop into a tropical depression.

WeatherBug Meteorologists will continue to watch Tropical Storm Laura and the remainder of the tropics, and will provide updates as needed. 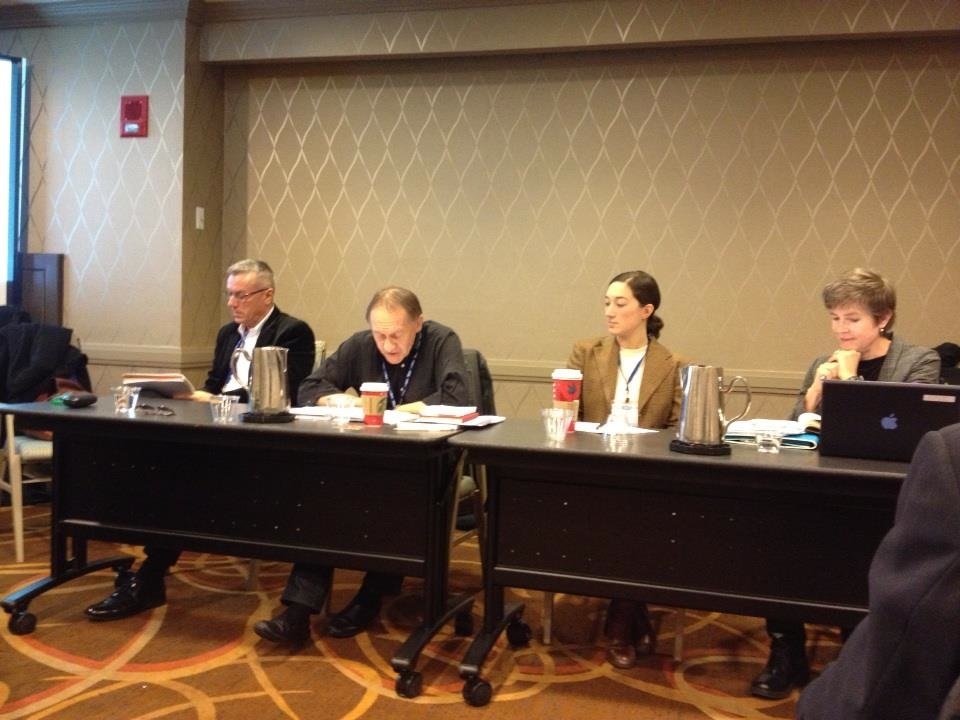 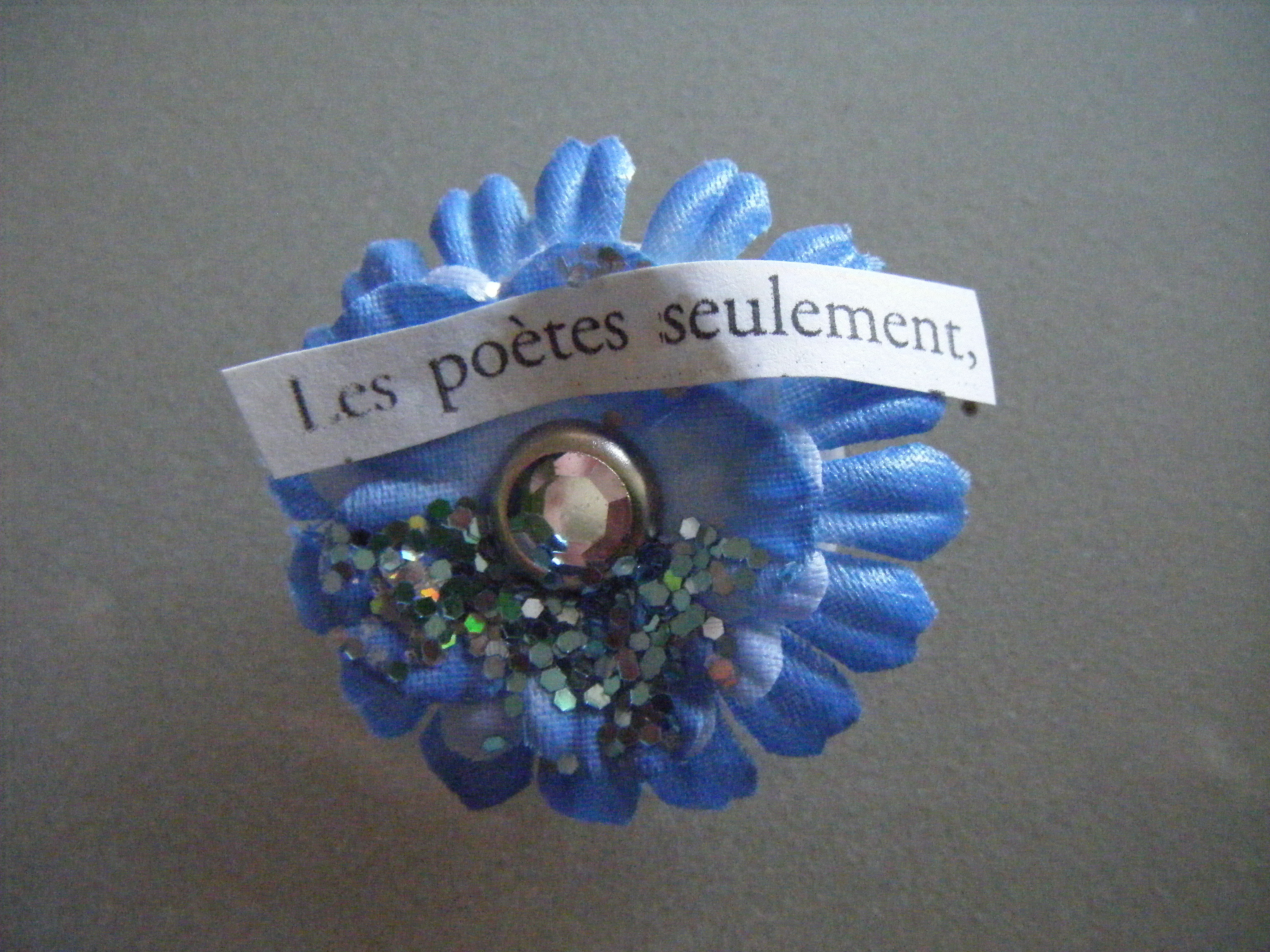